Think hydration — and you probably think water, the body’s essential fluid. But did you know you can eat your H2O too?

It’s true — when you choose foods that are high in water content.

For example, some varieties of fruits and veggies are more than 90 percent water. On hot days, these foods — along with other fluids — can help you stay hydrated. And there’s a bonus: Water-rich fruits and veggies can also help replace key minerals (electrolytes), which your body sheds when you sweat.

Congratulations estimating and sales for securing work totaling $4,743,689 and total man hours of 28,000. Wins below are reported for the month of July 2016.

Content in the August edition of Frankly Speaking newsletter: 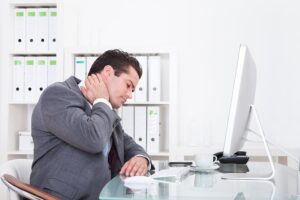 Many of us are faced with stress everyday, but we might not know how to deal with it. It is important to learn how to handle stress because it can affect our performance and relationships in our work and home. At work, stress can lead to distraction and cause an unfortunate accident. At home, stress can put a strain on family relationships. Here’s some helpful information on stress management at work.

Stress usually occurs when there are changes in our lives and we feel that we don’t have enough resources to deal with those changes and demands. Which of the following do you think causes stress: 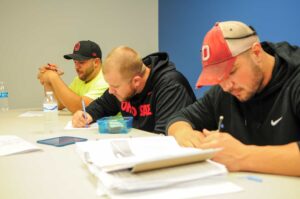 Our apprenticeship program will be kicking off the week of August 15, 2016.

We are welcoming 36 news apprentice and auditors to the program this year; for a grand total of 74 apprentice.

Keep watching your TP email for publication of the apprenticeship training schedule, as a reminder all TP employees are welcome and encouraged to attend any course of interest.

For questions regarding the apprenticeship program please contact Tracy Urti at 513-898-8902 or tracy.urti@tpmechanical.com

Good morning, your fitter did a great job on the install. I have turned in the invoice for payment thanks for sending the A-team.

The opening ceremony for the summer Olympic Games start August 5, 2016. To learn about the athletes, see the medal count, or to review the scheduled events visit Google by clicking here.

11th of August is known as Presidential Joke Day

Presidential Joke Day – presidents have a sense of humor, too.  Many people believe this is a day to make jokes about the president. On the contrary, this day is for presidents to make a joke. On this day in 1984, President Ronald Reagan made a doozie.

On August 11, 1984, just before his regular Saturday radio address, President Ronald Reagan was doing a voice test with the microphone. He thought the microphone and the feed was not live. He joked into the microphone: “My fellow Americans, I am pleased to tell you I just signed legislation which outlaws Russia forever. The bombing begins in five minutes.” To his surprise, he was speaking to a live feed!

This incident led to the creation of “Presidential Joke Day”. However, we do not think American presidents will make it a habit to perform jokes on, or to, the American public on this day, or any other.

In order to honor this day a quiz of presidential quotes has been made for everyone’s enjoyment. Please click here to start the quiz.